2021
​Crochet hangings
Especially for this exhibition, the artists commissioned a group of women in Syria to create the crochet squares that have been assembled into beautiful hangings representing chaotic numbers. Made by women living in ongoing war in Aleppo and Homs, the works exemplify how beauty can be created in chaotic circumstances.

Mathematics deals with different classes of numbers: real and imaginary, rational and irrational. But are those linked?

Two of the hangings represent irrational numbers, π and e, which are numbers that don’t have any repeated patterns in them. Each digit is coded by a particular colour of crochet.

The other two hangings represent the 1 (unit) and i (the imaginary unit). Despite belonging to four very different classes of numbers (real vs imaginary, rational vs irrational), they can be united together by the famous Euler formula.

​The Euler formula is often considered as the most beautiful formula of mathematics. It evades the chaos of irrational numbers and brings order –a perfect example of creating a new order when chaos is broken. 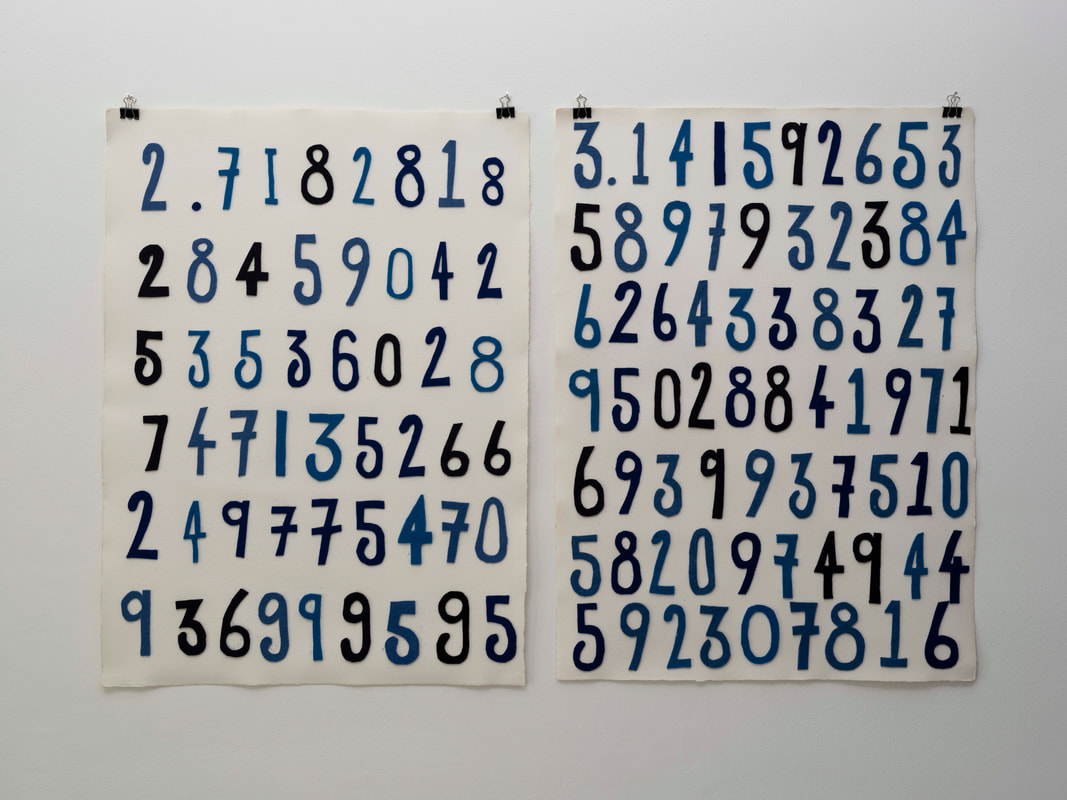 2021
Felt
Mathematics deals with different classes of numbers: real and imaginary, rational and irrational. But are those linked? Euler's formula, which is very brief and often considered as the most beautiful formula of mathematics, links those numbers in a very elegant way. The two coloured blankets follow the irrational sequence of numbers in π and e. But they can be turned into unity by getting outside into a different dimension. Everything is connected – we just need to find a way.
Proudly powered by Weebly