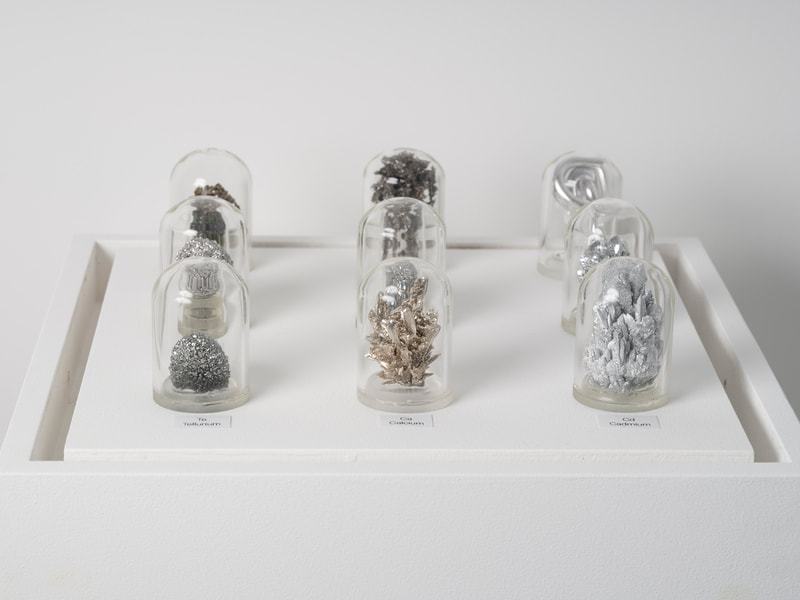 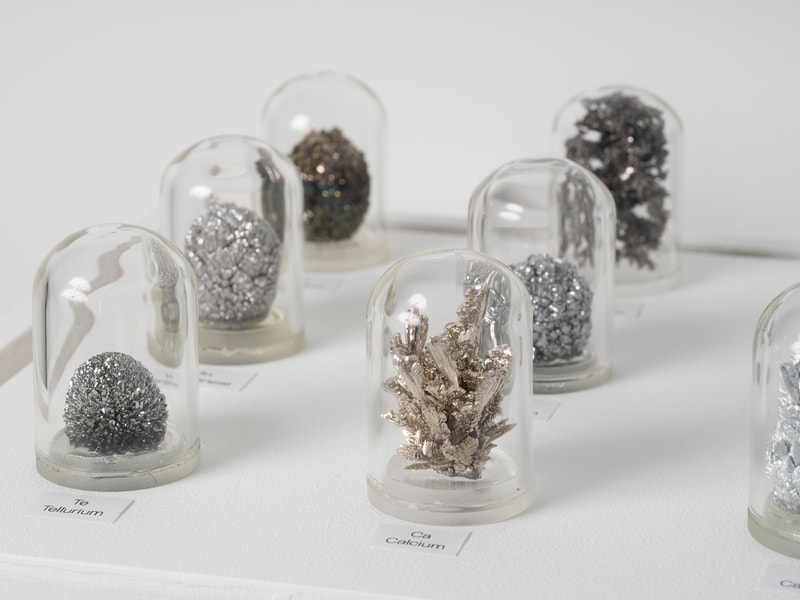 2021
​Refined metal clusters preserved in glass domes under argon atmosphere. ​Proudly grown by Bespoke Crystals Ltd. All clusters except Titanium and Indium are made by distillation process - heating metal in vacuum at high temperature followed by condensation of the metal vapours on a cold surface. Titanium is made by electrolysis and Indium – by the extrusion of metal.
Most chemical elements can exist in different forms, different crystals called allotropes. Some beautiful, some not so beautiful, some shiny, some look like black dust, but all of them are important, useful and worthy of scientific investigation. But how do we go from one form to another? The easiest way is through melting, through complete breaking of the order and then regrowth into a new structure, a new order. This transition through a chaotic form, with the highest possible entropy, and re-emergence of a new beautiful crystal is a perfect representation of the order emerging from chaos.

Every element has its own story:
Europium: Eu, atomic number 63, was isolated in 1901 and named after the continent of Europe.
Titanium: Ti, atomic number 22, was discovered in Cornwall in 1791 and was named after the Titans from Greek mythology.
Indium: In, 49, was discovered in 1863 and named for the indigo blue line in its spectrum.
Manganese: Mn, 25, isolated in 1774, named after its place of origin Magnes.
Thulium: Tm, 69, discovered in 1879, named after ancient Greek place Thule.
Antimony: Sb, 51, its compounds have been used as early as 3100 BC.
Tellurium: Te,
Calcium: Ca,
Cadmium: Cd
Proudly powered by Weebly